Jordanian Soprano
Zeina Barhoum
Zeina Barhoum, aka The Arabic Soprano, is a Jordanian classically trained Soprano, who started her musical career in 1997. At an early age, she received the Best Soloist Award from the Eisteddfod competition. Barhoum obtained a Bsc in Visual Communication at the American University of Sharjah. She received private vocal coaching with Alberta Valentini, Walter Alberti and Tina Ruta. Barhoum has performed at benefits countless times for the benefit of women, children, peace and prosperity, which is clear in her performances in Jordan, UAE, London, Italy, Austria, France and Lebanon with renowned artists with renowned artists, including Italian Baritone, tutor Walter Alberti and Roberto Alagna. She also supports young talents in music and arts in the Arab region.

During 2017, Barhoum enaged herself in various activities as she took part in a ceremony held by the Embassy of Ukraine in Jordan, where she was awarded with the Grand Prix. She had previously won the same award at the 2nd Taras Shevchenko International Singing Competition, where she sang Taras Shevchenko's popular folk song The Mighty Dnieper Roars and Bellows in Arabic and Ukrainian for the first time. According to the announcement of the winners in the competition "Zeina Barhoum was awarded the Grand Prix for the masterful embodiment of Shevchenko's spirit in her own work and popularization of the Great Kobzar's ideas.” 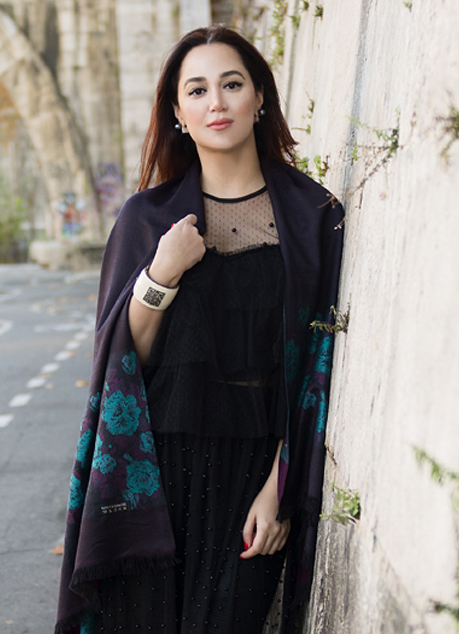 Zeina Barhoum is the founder of Alcántara music and art series. She launched her first album, Alcántara, in November 2014, under the patronage of HRH Princess Wijdan Al Hashemi and in partnership with the Italian Embassy in Jordan, accompanied by Amman Conservatory Orchestra and her guest singers on the album, Baritone Simone Scatarzi and Tenor Romolo Tisano. The title of the album reflects Zeina’s dedication to building strong connections of understanding and compassion through her music.

In February 2017, Barhoum’s second album, Alcantara II, was recorded live and launched at a concert accompanied by The Philharmonic Orchestra of Lviv and Choir lead by Conductor Lorenzo Tazzieri. Zeina gave a performance at a venue in Somerset organized by a group known as Ebenezer Presents, as part of her album tour for her new project Alcantara Beyond the Wells: Bridging Cultures with Music and Art in cooperation with Somerset artist Peter Lawrence. The project is inspired by her album series Alcantara: Bridging Cultures Across the Mediterranean and Beyond.